Click below to hear some recent clips of Pete Swan playing! 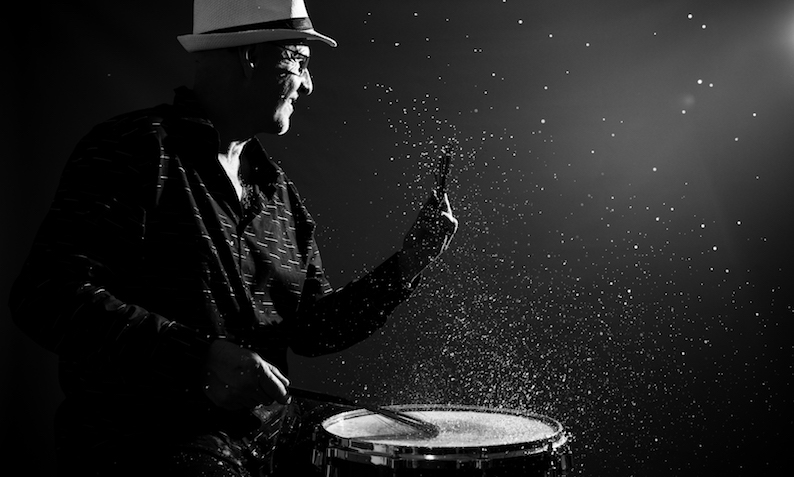 Pete Swan is a drummer, producer, bandleader, educator and author living in Tucson, Arizona. He has studied and been inspired by his teachers; Don Worth, Mel Brown, Gary Cook, Jeff Hamilton and Artt Frank. He has performed with a long list of notable artists including: Bud Shank, Bob Florence, Doug Webb, John Clayton, Terrell Stafford, The Clayton –Hamilton Jazz
Orchestra, Bill Mays, Bob Mover, Kristin Korb, Judy Roberts, Greg Fishman and many others. As a producer and co-producer he has put together hundreds of shows, including New Year’s Eve with Rick Braun, as part of Swanrise productions, and jazz shows with Ali Ryerson, Marcus Printup, Mike Eckroth, Emmett Cohen, Greg Abate, Mark Pompe, Greg Fishman and Judy Roberts and many others. He is the leader and drummer of Big Band Express, and the Pete Swan Big Band, featuring some of the top professionals in the Southwest producing shows dedicated to Ella Fitzgerald, Buddy Rich,Frank Sinatra, the Rat Pack, and Peggy Lee.As a Tucson musician he is playing in several venues with the very best musicians on a weekly basis. He ran one of the longest running jam sessions at the Old Pueblo Grill for over 13 years and has played with all the top players in Tucson in countless situations. For over 20 years he was on the faculty at the Bud Shank Jazz Workshop and then Centrum Jazz Workshop in Port Townsend Washington, performing in a trio with Reuel Lubag and bassist Kristin Korb behind artists such as Bill Mays, Nancy King and many others. He co-wrote the Essentials of Be-Bop Drumming with
drummer and mentor Artt Frank, long time drummer with Chet Baker on Schaffner Press. Pete is also is on the faculty at the Tucson Jazz Institute, one of the top jazz programs in the country and enjoys teaching privately out of his home studio.